Company Values: Things That Matter To Us

On this page, we list our company values and why they are so important to us 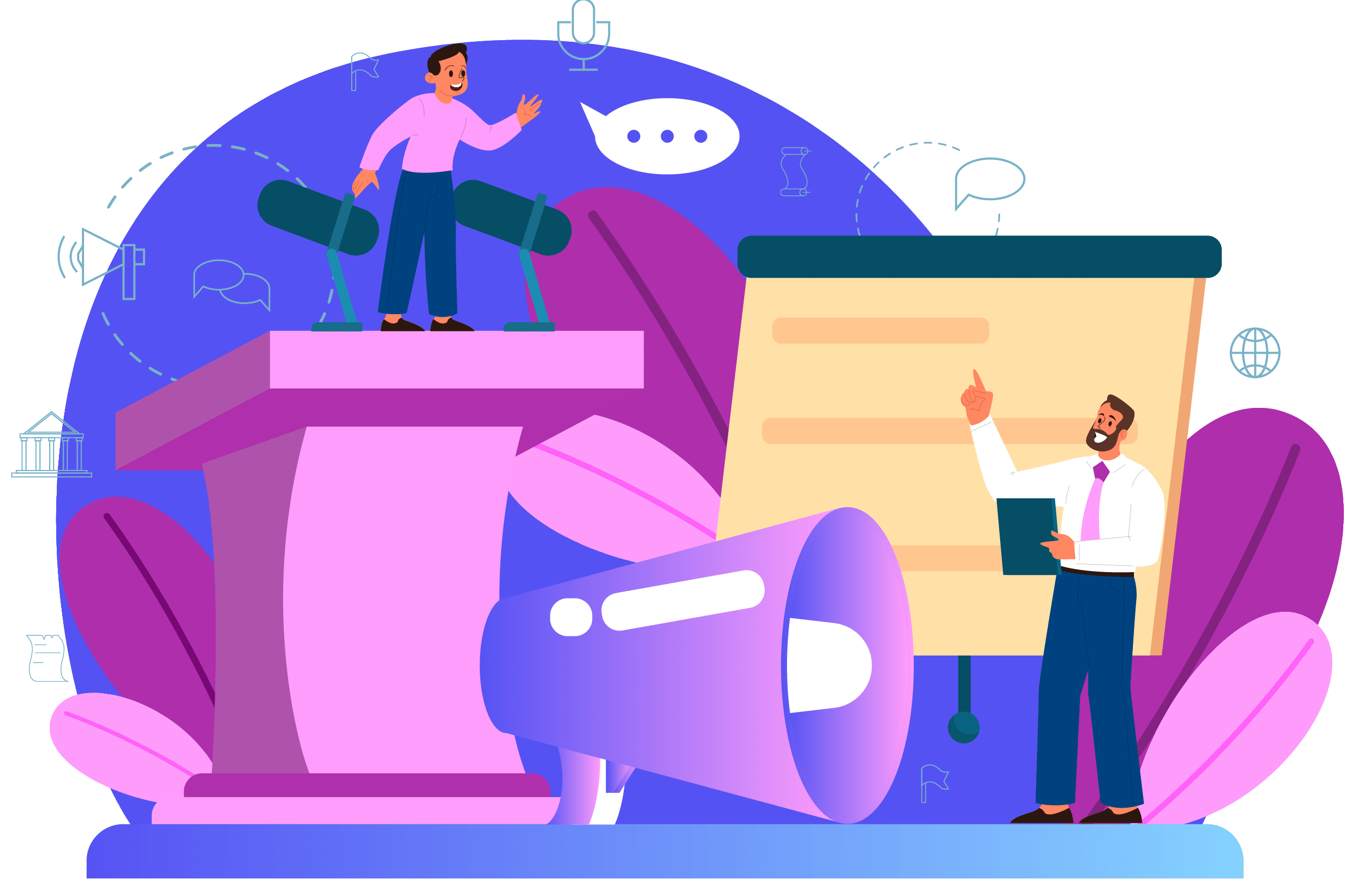 We thought it would be a good idea to share the things we're focusing on when it comes to growing Ambio Media, or rather, the standards that we want to maintain.

For Ambio Media, without getting too much into our long-term goals, it's important that the company is customer-obsessed.

We don’t want Ambio Media to be another agency that provides sub-par marketing services. Yes, even if our goal was to provide marketing services to an average degree, the business could still be successful, but that's the point - it would just be 'average', and probably unfulfilling.

Focusing on the processes that allow things to run seamlessly for Ambio Media and the customer is something we focus on constantly.

We’d even go as far as to say that it is our primary focus, which is why it’s number 1 on this list.

Having ‘extreme concentration’ is the second ‘company standard’ that we want Ambio Media to hold as we grow. It seems like an obvious one, but it isn't - let us explain why.

Let’s say, for instance, that one of our focuses is 'to keep Ambio’s pipeline full of leads'.

We could stress that 'pipeline leads' is an area we're focusing on, that we need to be making use of every platform or vehicle that might help us generate leads, we need to maximise every possible opportunity available to us today. That’s an argument that some might make - and do - but we don’t believe that’s necessarily correct.

Why not? Because for each area of focus there is a multitude of activities that can be used to reach the associated goal. There's a whole bundle of ways we can generate leads, but we don’t want to be using all of them if we don’t need to.

The point we're making is: there should be a ‘minimum viable strategy’ which has the lowest input time, but the highest return on investment (ROI).

If we want to generate leads, we should have a ‘minimum viable strategy’ that has proven itself to be the most effective when stacked up against all the other methods or strategies out there. When this is defined and confirmed all the other ways of practice out can then be tagged as unnecessary activities.

This is what we mean by ‘extreme focus’ because within each area of concentration lies more room for niching down or minimising the area of focus further.

There needs to be a hierarchy of focuses, which isn’t easy to define and takes time, but with it, we reckon that time can be saved and overall efficiencies increased. We also believe the probability of actually reaching the goal in question, or mastering the chosen area of focus becomes much more likely.

3. Concentration on the long-term

We are willing to make short-term sacrifices for long-term success.

Everything takes longer than we expect it to take. We set one goal for three months from now, and it takes five or six instead. Likewise, we can set our goals for the year, and get to the end only to realise that we achieved next to none of them.

We maximise our expectations for the short term, on a mission to be a better version of ourselves, and then, get disheartened when we don’t meet those expectations.

Maybe we ask too much of ourselves, focusing on things that don’t match our strengths, or perhaps, we’re just impatient and asking for too much at once?

Things take time - we believe it’s better to follow the course of action we lay out for ourselves, even if it takes a little longer, instead of being impatient and giving up at the first sign things aren’t going as we planned.

Great isn’t good enough. Maintaining a high standard of work is number five on this list. It’s something that I would usually deem as a cliche, but when you sit down and think about it, it’s imperative. The standards trying to be maintained can affect a lot of different components of a business, and setting the correct expectations of what can genuinely be maintained is crucial.

If your business wants to sell to everyone, you might fall victim to having the same product standard as McDonald’s does food. Yes, you’ll sell to everyone, but the high standards and high quality might find themselves left behind.

On the flip side, if you’re that standalone local restaurant with a consistent queue that gets all its meat from the local butchers, then the standards will be easier to maintain, and the quality of the food will always remain high.

For Ambio, I want the standard of the work always to surpass expectations. I could also say that I want us to serve everyone, but I don’t think you can have both, at least initially, without putting the company standards and high-quality work at risk.

For me, the quality of work comes first, and I won’t be in a hurry to trade that for the volume of work.

To help explain this, we're going to piggyback off of a few things that Elon Musk has said over the years which help illustrate it. Particularly what he said in his one on one Ted talk with Chris Anderson. When it comes to ‘reasoning from first principles’, Musk said:

“Well, I do think there’s a good framework for thinking. It is physics. You know, the sort of first principles reasoning. Generally, I think there are — what I mean by that is, boil things down to their fundamental truths and reason up from there, as opposed to reasoning by analogy.”

He then went on to say:

“Through most of our life, we get through life by reasoning by analogy, which essentially means copying what other people do with slight variations.”

To break this down (because it might not make sense at first glance) he is saying that people generally solve most problems by using the knowledge that they previously acquired solving another problem, without questioning their assumptions.

‘Reasoning from first principles’, on the flip side, is where you actively question everything about the problem you’re trying to solve, including your assumptions, leading you to create new knowledge or solutions based on trying to answer those questions.

You’re still using the knowledge that you previously acquired to ask the questions, but it isn’t what is solely responsible for what gets you to your solution. Being scientific and solving problems from first principles is something we think will be integral to Ambio Media being more than just another agency.

Constraints breed resourcefulness, we can do more with less

At Ambio we consider our business to be minimalistic - we believe in doing more with less, and that constraints breed resourcefulness.

This doesn’t mean that we're cheapskates or that we want our company to function in a low-quality environment. It merely means that we don’t want to be putting time, money and effort into areas that don’t directly correlate with the overall goal.

For our agency, ‘lean and frugal’ refers to not increasing headcount for the sake of it, and not indulging on things that don’t matter.

Like some of the others on this list, this one might seem obvious. To immerse yourself in something requires time, patience, focus and commitment. We feel that the word ‘immerse’ helps encapsulate a lot of the points we're trying to make with these company standards and possesses the right connotations.

We can all agree that for the most part business is fast-paced - ‘cheap and dirty’ maybe. When it comes to delivering a service, the goal for many might be to just ‘get the job done’. The quality of the service might not be the best on the market, but it might not also be bad enough for the customer to think that they’ve broken their promise.

If the goal is immersiveness, then just ‘getting it done’ isn’t enough. Instead, the service should be provided to the highest possible quality. If it takes longer or requires a little extra work, so be it.

Instead of the goal being ” Let’s get this done quickly” with lesser respect to quality, it becomes “Let’s do this to the best of our ability” maintaining the highest possible quality.

For Ambio Media, of course, we want to stay efficient and not take longer than we have to in order to fulfil our services, but we also don’t want the process to be rushed in the pursuit of revenue and at the expense of quality.

In the long-term, it’s probably better we immerse ourselves. Money and status are side effects of mastering our craft, which is why they shouldn’t be the reason why we do what we do.

Honesty is important to us, even if it hurts sometimes.

We think so, for the reason that being honest might hurt in the short-term, but it will hurt more in the long-term if the ‘lack of honesty about a recent mistake', for example, persists.

We believe that in time, all truth comes to the surface and that ‘things’ always try to achieve equilibrium. By delaying the act of telling the truth, it only weighs down the scales further.

So yeah, transparency, as Ambio Media grows, will always be very important to us.

By asking the right questions, we can find the right answers.

It’s quite bold to say ‘question everything’, and maybe extreme, but when you’re trying to push boundaries and create something that matters, it’s necessary.

Why? Because if you’re genuinely trying to hold yourself to high standards, and trying to be scientific and reason from first principles then you have to be willing to ask hard questions that might not have straightforward answers.

We want Ambio, as a company, to be able to ask the hard questions and be willing to do what it takes to find the answer. Ignorance is bliss, but it’s only bliss so long as ignorance persists. Being too shallow to look at things objectively without human emotion getting in the way isn’t easy, but it’s necessary to create something unique, something that matters.

Nothing is too far fetched. If it hasn’t been done before we’ll do what we can to make it happen regardless

All of us are capable of much more than we think we are. We believe that, which is why we don’t think anyone should feel guilty in striving to do something that might appear stupid, improbable or unlikely to others. People can be negative, condescending and cynical towards those of us that want to do more, that want to be more, and it’s important to not listen to those people.

Curiosity can take us down paths that we’ve never walked, and lead us places we didn’t expect. The point is, we never want to be scared of trying to open new doors or go against others' expectations of what they think is possible.

We’d much prefer to be pushing aggressively into the future as opposed to pondering over the past. It’s not like we have unlimited time in this world, so why waste it?

By staying curious and never settling, we believe that what others may see as impossible can be made possible.

We want it to be no different for Ambio - creativity, compassion and curiosity are essential to us.

Begin The Journey of Transforming Your Online Presence Today!

Working together creates an opportunity for transformational growth. Change takes time, but by clicking below, you're a step closer to solving the digital marketing challenges which may be holding your brand back. 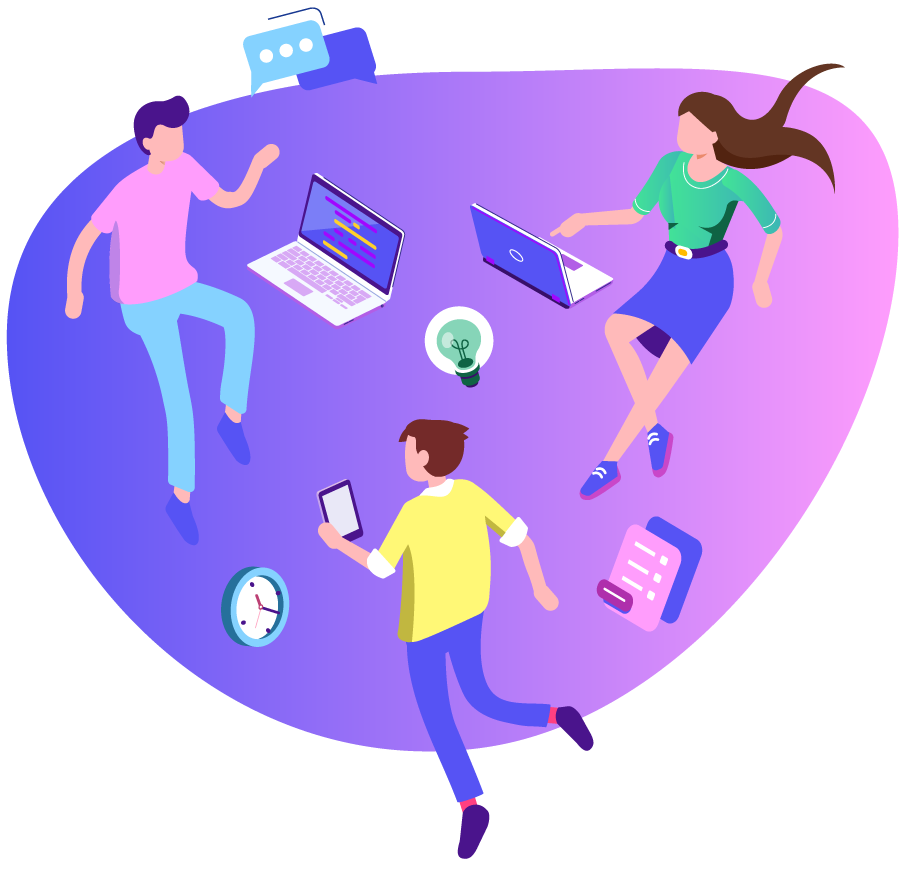